Dr. Hunter settled himself in the vacant chair at the centre of the interview room - a windowless box lit by a single pendulous light bulb. The prisoner eyeballed him across the table as he opened his notebook, her mouth taut with hostility. Powerfully built with matted mousy hair and a number of prominent tattoos, she looked like she was ready to take on the world. Once upon a time, being alone with a convicted murderer would have made Dr. Hunter nervous, but he had been a prison psychiatrist for so long that he no longer gave it a second thought. “I presume you know why I’m here,” he said, making a note of the date and time in his book.

“That’s right,” Dr. Hunter agreed, “though I prefer the term ‘treating psychiatrist’. I’m here to help you with this problem of yours. Together, we will attempt to resolve your inner conflicts and find out what it was that led you to kill three people.”

The prisoner’s eyes narrowed and she tugged furiously on a lock of hair. “I didn’t kill anyone.”

“I don’t deny it was these hands that held the knife,” she replied, raising her arms and showing him her callused palms, “but it wasn’t me. There’s a she-wolf inside me and when she takes over, people die.”

Dr. Hunter wrote this remark down and underlined it twice, feeling it was a useful summary of her current state of mind. “I know that’s what you believe, but in reality, you and the wolf are the same person. Our job is to bring you back together.”

He went on to outline a proposed treatment plan of psychotherapy, hypnosis and medication, and to her credit, the prisoner signed the necessary consent forms without hesitation. It was always nice to be treating someone who was genuinely interested in getting better.

In the months that followed, they made excellent progress, meeting for the most part in the relative comfort of Dr. Hunter’s prison office with its leather couch and reference books. Facts about the patient’s crimes started to come out under hypnosis, and in one particularly informative session, Dr. Hunter discovered that her identity had fractured as a result of childhood trauma, specifically her mother’s habit of punishing her by chaining her up outside with their dogs and forcing her to live as they did.

It was only after two years of regular ninety minute meetings, however, that the doctor felt ready to make an attempt at fusion. The appointment began like most of the others with an exchange of formalities and Dr. Hunter inviting the patient to lie down on the couch. Then he began to recite one of his hypnosis scripts in his normal carefully moderated tone, “Picture yourself in a forest. It is autumn, but it is still warm and the sun is shining down on you through the gently rustling leaves. You are making your way along a path, following the course of a babbling stream. Newly fallen leaves crunch underfoot and birds chirrup in the trees above. You feel a sense of calm start to spread over you, growing stronger with every step. Passing through a clearing filled with patches of mottled light, you reach a gentle slope that leads deeper into the forest. In five simple steps you will have reached the bottom of this slope. I’m going to count these steps out for you as you take them. One... two... three... four... five...”

The patient grew steadily more relaxed as Dr. Hunter continued, her breathing settling into a steady rhythm. Satisfied with what he saw, he asked her to sit down by the imagined stream and dangle her feet in the water. His intention was to have her merge with the stream and flow into a second stream that represented the she-wolf, but before he could put this into words, her body tensed up. Trembling convulsively, she hid her face in her hands and gave a gasp of fear.

“I want you to stay calm,” said Dr. Hunter, speaking softly, but firmly, “you’re in a safe place.”

The patient began to writhe around on the couch. “I’m not in a safe place. I’m lost in the forest. I’m stumbling through the undergrowth, thorns tearing at my arms and face.”

Dr. Hunter paused, wondering what to do. The usual procedure when a patient started to panic in this way was to bring them back to consciousness as soon as possible, but he had a feeling that letting the scene play out might bring important revelations. “You need to go back to the path,” he said at last. “You should be able to see it if you look around you.”

“I can’t see it,” the patient replied. “The branches are too thick. I’m scared.”

“The she-wolf,” the patient told him. “I try to run away, but she’s too fast for me. I can see her moving past me now, rushing through the darkness like the wind itself. She bursts out of the trees ahead and comes slowly towards me, her teeth dripping with saliva. My God, what big eyes she has...” She broke off, gasping for breath.

“I want you to stop panicking,” Dr. Hunter said, feeling a ripple of excitement at this unexpected meeting of the patient’s identities. With any luck, he might be able to use it as a stepping stone to the final reconciliation. “The wolf won’t hurt you. You need each other.”

“You’re wrong,” the patient told him. “She wants to kill me, just like she killed those other people.” Suddenly, an eerie calm settled over her. She moved her hand to her side and then raised it again as if she had taken something from a non-existent pocket.

“What are you doing,” Dr. Hunter asked.

““I’ve brought a gun with me to the forest,” the patient replied. “I’m going to shoot her with it.”

“Listen to me very carefully,” Dr. Hunter said urgently. “You must not shoot the wolf. She is part of you. I’m going to count down from five now and when I reach one, you will wake up. Five... four... three... two...”

Before he could finish, the patient sat bolt upright on the couch, shouted “Bang” at the top of her voice and then dropped back down like a discarded puppet. Dr. Hunter leant forward, peering into her eyes. To his horror, the light of intelligence seemed to have gone out of her. “Can you hear me?” he asked anxiously, but there was no reply. 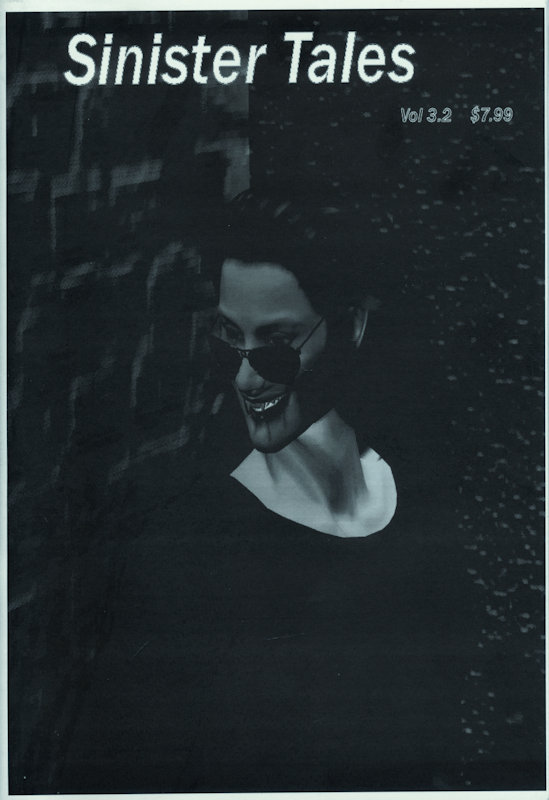 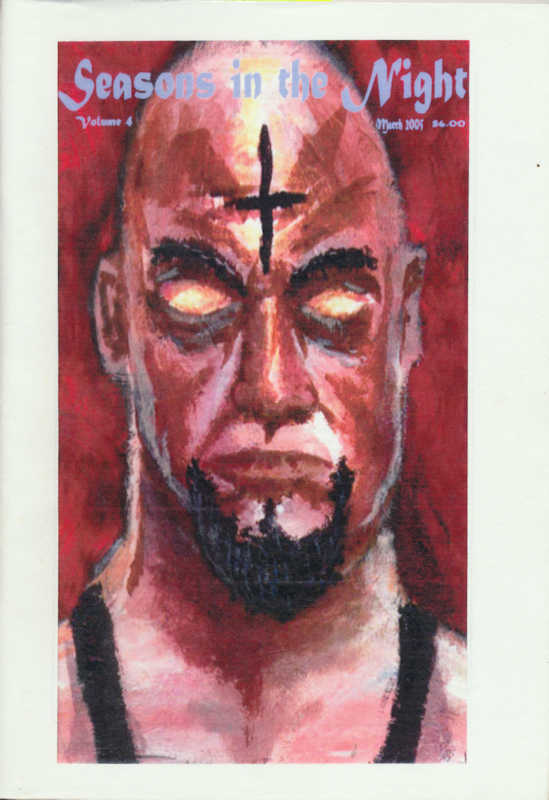 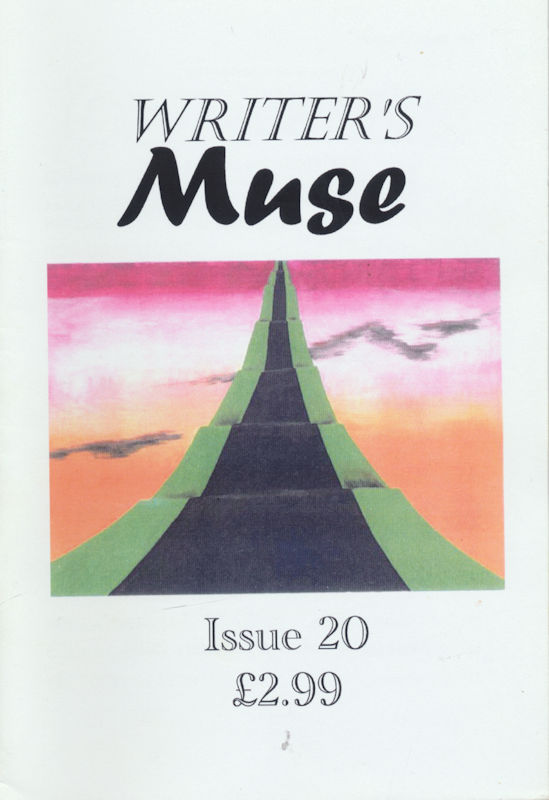 Horror. Originally published in Writer’s Muse, Issue 20.
Nobody could explain the rise to fame of Francisco Valentino. One minute, he was just another wannabe; the next, he was the most respected designer in the fashion world. There was no question that he was talented, however, envisaging unique designs with unerring regularity. These were not clothes inspired by the work of others or rooted in the trends of the past. Each item was a veritable work of art - a perfect blend of vivid color in a cut that worked in harmony with the human body as though it were part of it...