This section of the website features snippets of the author's life writing. Most of it comes from blog entries, but there is also material from brainstormings sessions for as yet undeveloped projects - bones found in the wilderness of possibilities, which have little or no flesh on them, but which we wanted to provide an outlet for. There is no overall theme, no pattern; they are just random musings, which will no doubt be added to over the course of time. Use the drown menu below to see what's on offer...

A Review by C.J. Carter-Stephenson

"whether or not there be excited... a profound sense of dread, and of contact with unknown spheres and powers." ['Supernatural Horror in Literature']

Such was renowned author, H.P. Lovecraft's definition of the nature of horror. The Northern Ballet Theatre's 1996 production of Dracula adequately fulfilled this condition, thanks to clever theatrical design and a Count Dracula who positively oozed sensuous appeal. A cleverly adaptable set carried us back and forth between the bustling centre of Victorian London and an eerie Transylvanian landscape, dominated by the Count's decaying castle. The climax of the production took place in a gothic crypt, where the atmosphere of doom and gloom was enough to inspire dread in even the stoutest of hearts amongst the audience. You could almost feel the damp on the walls and smell the rotting flesh of the undead creatures slithering around the stage. It was here that Dracula received a stake through his heart and dissolved into a sarcophagus in a truly spectacular display of theatrical ingenuity. The Northern Ballet Theatre are well-known for their desire to blend dance with drama. As far as set and effects were concerned, Dracula succeeded admirably, though in other areas it fell slightly short of this grandiose aim.

The performance began with a darkened stage. Then came an ominous heartbeat, which marked the start of a confusing dream sequence, involving a man who I assumed to be Johnathan Harker. According to the program what we were witnessing was Harker's flood of terrifying recollections about Transylvania. At no time was it made clear where this fitted in with the rest of the performance, however. One part of the sequence I did find effective was the point when a number of bestial figures appeared from out of nowhere, and began crawling over Harker's bed. The lascivious way in which this was danced infused it with sexual imagery. It was just a shame it wasn't made to relate to Harker more. Failure to engage the audience emotionally with the characters proved to be one of the few drawbacks with this production.

My overall impression was that the characters were not distinctive enough. The only person the audience truly empathised with was Dracula himself. It took the appearance of the majestic Count, attired in a sumptuous crimson robe, to provide us with any kind of focus, and his batlike movement down the wall of Lucy's house was one of the only effective movement-motifs. Admittedly it was interesting to watch Renfield writhing in a strait-jacket and eating imaginary insects, but even his character was prevented from being fully effective by the obscurity of his role. None of the other characters invoked much emotion at all, though Van Helsing, rushing around the stage armed with strings of garlic and a crucifix, brought back memories of Peter Cushing in his Hammer heyday. A dramatic ballet needs to firmly establish its characters; on the whole this production failed to do this. That said, the atmosphere and overall feel of the piece were excellent, and I would rank it among the best pieces of performance I have seen.

Having seen and thoroughly enjoyed the Northern Ballet Theatre's production of Dracula (see above), you can imagine how excited I was to hear that they were turning their hand to another classic gothic horror story in 2001, namely Robert Louis Stevenson's The Strange Case of Dr. Jekyll & Mr. Hyde. I don't intend to write an exhaustive review of this new production, but I feel it would be remiss of me not to at least mention it.

Once again, it was visually stunning, with sets reminiscent of the movie Metropolis and an array of sumptuous costumes, some of which can be seen in the pictures below. Especially good was the use of fetish garments to evoke the nightmare world of Mr. Hyde. The one thing I wasn't particularly keen on was the way in which long film clips were projected onto a big screen at various points during the show. They were presumably intended to portray the world of dream and were an effective way of doing this, but in my opinion they were just too drawn out. This is my only real criticism, however, so you should not be put off from seeing the production if you get the chance. Not quite as good as Dracula, but still adequate proof that the Northern Ballet Theatre lead the way in this field.

So far, this page is probably seeming a little highbrow, so I think it's time to whisk you away from the world of ballet and talk about something completely different for a while, namely my trip to Reading 2001. The highlight was undoubtedly the set by Marilyn Manson, who to coin a phrase, rocked the house. It wasn't just about the music, mind you. The whole performance was like nothing I had ever seen before. Whether he was strutting across the stage on a pair of stilts or regaling the crowd from a satanic pulpit, he was the epitome of the gothic showman. My favourite effect came about halfway through, when he stalked out onto the stage in a flowing black dress and began to grow taller before our very eyes. As he was growing, the dress was getting longer, hiding whatever stage equipment he was using and making it seem like some kind of dark magic. By the time he was finished, he was towering at least 15 feet above the rest of the band. Apart from being visually stunning, this meant that even people way back from the stage could see him clearly. Effects like this take precision planning, yet the performance felt edgy, dynamic - a testament to Manson's skill as a performer.

I expected a lot of the show based on tour reviews and Manson's macabre music videos, and I wasn't disappointed. It took me to a dimension of dark delirium, which I can't wait to visit again. Unfortunately, I didn't get any decent photographs, but here is a video of a few of the highlights courtesy of Dailymotion... 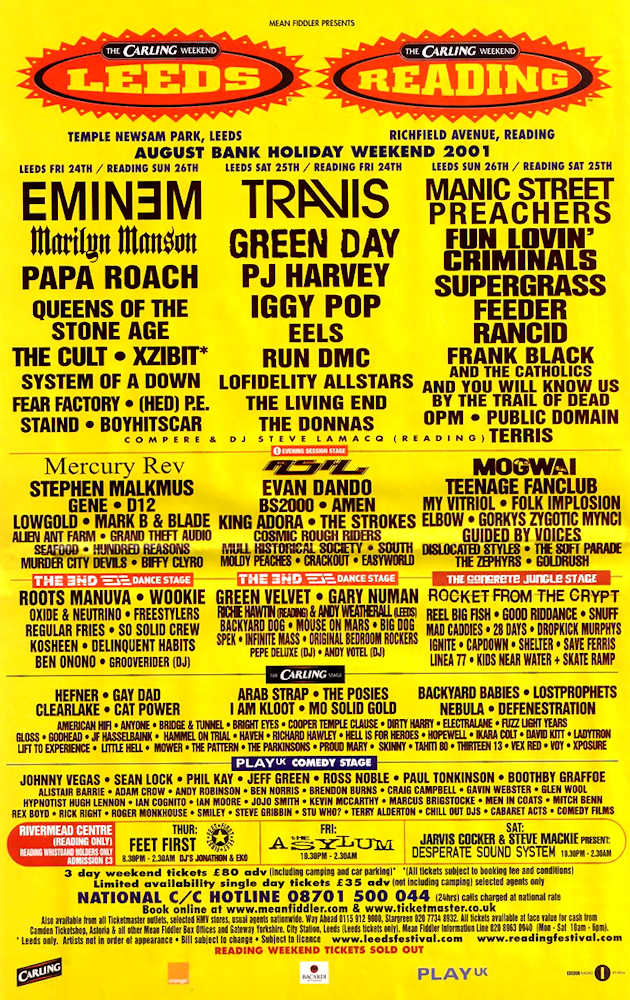 Stream of Consciousness by C.J. Carter-Stephenson

The most vivid imagination would struggle to conjure up this place of wonder. A vast subterranean world where the trappings of modern life are but a distant memory. Stalagmites and stalactites loom to either side, thick as tree trunks. They look like columns, but have no structural purpose, for the roof of the cavern supports itself. It is easy to imagine how it became a place of worship, easy to believe that anything might be possible in its core. Magic, serene, surreal. To walk here is to see the bowels of the Earth.

On a wide altar, hewn from rock by an ancient river, coins from around the world lie scattered. Each represents a hope or plea of a former visitor. Is there something here that can turn these dreams into reality? I find it hard to rule it out. Walking on, I catch glimpses of the deeper chambers, which are swathed in shadow – refuge of bats and perhaps lingering ghosts. Maybe the spirit of Zeus himself haunts the darkness, his lightning bolts long since extinguished.

The only sound is the water dripping from the stone, a tranquil, endless music, which is like an echo of tears or falling rain. I think more of the stories. Does the power of Olympus linger in the rock here, pulsing in the crystal veins? If you stare into the primordial water for long enough will you see premonitions of things to come or glimpses of the past?

I hate to leave, but leave I must, trudging back to the brightness above. The fantastical rock formations dwindle as I approach the top of the steps, but the memory remains, and will no doubt follow me through all my years.